Response to to ditch communists deployed to economic cluster 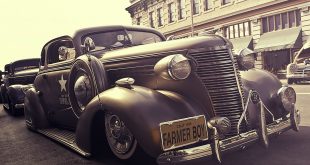 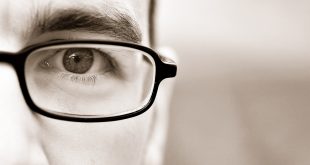 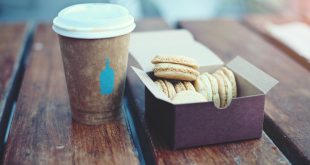 Minister Rob Davies has through his visionary and sterling leadership steered the Department of Trade and Industry to be recognised as the best performing department within government.

The divisive anti-communist agenda targeting Minister Davies and his cabinet colleagues for removal from the economic cluster has noticeably ignored major achievements he is responsible for and the contribution he has made which include among others:

Maintaining a world class automotive sector that contributes 33% towards manufacturing and about 6% to overall GDP through production of +- 600 000 vehicles per year.

The sector supports 113,000 jobs which have doubled exports and attracted R45 billion worth of investments by the majority of world leading global vehicle manufactures.

Davies has developed an Automotive Masterplan 2020 in collaboration with industry to sustain SA’s competitive capabilities in the sector.

Key labour-intensive sectors are supported for growth through the Clothing and Textile Competitiveness Programme contributing 8% to manufacturing GDP and 2.9% to overall GDP.

Conditional support measures offered contributed to employment of 95,000 workers. Manufacturing value-addition by companies receiving the incentive has grown by 60.8% and productivity by 22.3%. Stabilisation by government has produced pockets of growth.

In the leather sector 22 new factories supporting 2,200 jobs have been opened. A Clothing Textile Leather and Footwear (CTLF) Masterplan to grow the sector further is being developed with full industry cooperation.

The critical labour-intensive sector has benefited from total investments of +- R7 billion by both multinationals and local players. A R1 billion Agro-Processing Support Scheme aimed at further ramping up investment, value-addition across the sector and creating a globally competitive sector was launched in 2017.

In 1998, Lufthansa became the ﬁrst offshore operation to outsource to SA. Because of strong government support, the industry now employs an estimated 220,000 people across both the domestic and the international segments, with approximately 32,000 trained operatives servicing international markets.

As an offshore destination of choice for International brands, the domestic market has grown at an average of 10.7% per annum since 2002, while growing at 26.7%. The Monyetla Programme has since its launch in 2006 offered training grants to the industry and helped over 16,000 young people across the country.

the dti has used incentives to support industrialisation which remains integral to achieving economic growth in SA and across the region.

Over the past 10 years government incentives have resulted in projected investment of R326 billion and the creation of an estimated 670,994 new jobs.

The Black Industrialist Scheme, the Agro-Processing Support Programme, the Automotive Incentive Scheme(AIS), the 12I Tax Allowance Programme, the Special Economic Zones (SEZ) and the Critical Infrastructure Programme (CIP) and the Industrial Parks are expected to contribute significantly to investment over the next two to three years.

The AIS has attracted R8,4 billion from foreign investors, entrenching the South African automotive industry’s place as a resilient global competitor, while the 12I has supported investments.

For economic decentralization, SEZs were introduced. At Coega, various projects with a combined value of R12 billion are under construction.

In Richards Bay SEZ, a R300 million PVC pipe manufacturing plant has been established and is in operation.

In Maluti-a-Phofung SEZ, investments valued at a combined R350 million in the beef processing and chemical sectors have been secured.

Five companies, with a total investment of around R680 million, are already operational in Atlantis.

SEZ Operator Permit has been issued to authorise the development and management of the Musina-Makhado SEZ with total investment currently estimated at around R56.9 billion.

The Black Industrialist Scheme launched in Nov 2015, thus far supports over 100 projects, empowering them to leverage projected investment of R7.2 billion; estimated to result in the retention of 7,999 baseline jobs and the creation of 9,459 new jobs.

The stimulus package prioritised the revitalisation of industrial parks as catalysts for broader economic and industrial development in townships and rural areas.

A township and rural entrepreneurship fund to provide finance to either scale up existing projects or provide start-up capital for new projects is being established.11 industrial parks are being upgraded countrywide with R415 million allocated and 55,000 people employed thus far.

Re-prioritised funding will be directed towards investments in agriculture and economic activity in townships and rural areas.

The cited achievements which were led by Minister Davies dispel the unfounded and baseless criticism levelled against him and suggest that there could be other ulterior motives which Robert Stone Linden had not disclosed for readers and the public to either agree with him or judge otherwise.

Previous Kliff Oday is back with a bang 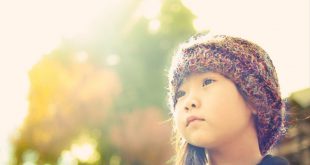 Don’t act so surprised, Your Highness. You weren’t on any mercy mission this time. Several …

Powered by WordPress | Designed by TieLabs
© Copyright 2022, All Rights Reserved